The Witches of Pendle 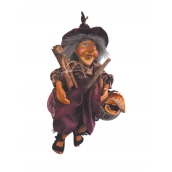 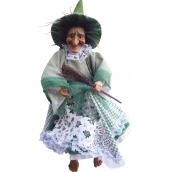 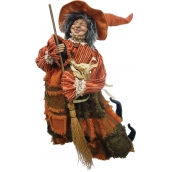 The Witches of Pendle lived during the reigns of Elizabeth I and James I between 1558 and 1625. It was an era of religious persecution and superstition.

The only true account of what really occurred is a book titled “The Wonderful Discoverie of Witches in the Countie of Lancaster” written by Thomas Potts who was Clerk to the Judges of Lancaster Assize of 1612. It was on their instruction that the book was written in November 1612 some three months after their execution.

Before examining the evidence against the witches it is necessary to learn something of the local conditions that existed in the early 17th century. Superstition was widespread among all classes of society. Wells, ponds and even groups of stones were thought to be the haunts of fairies, elves and goblins. Evil spirits were thought to roam the countryside seeking opportunities to cause injuries to every sort of being. Often charms such as horse shoes, a holed stone or a circle of Rowan twigs fastened to doors could be effective to ward off the evil one.

It is not surprising that people accepted without question the wildest tales of the powers of evil spirits and activities of those people who were reputed to have personal connections with witchcraft. So a sudden death, a long illness, a loss of crops or cattle would be attributed to them.

Two rival peasant families live on the slopes of Pendle Hill. They are led by two old women in their 80’s called Elizabeth Southern nicknamed “Demdike” and Anne Whittle nicknamed “Chattox”. The men of their families are dead leaving them poverty stricken. They beg and find work where they can. Local people are in fear of them believing they have special powers.

Alizon Device, grand-daughter of Demdike was on her way to Trawden Forest to begin begging. A pedlar refuses to sell her some pins, she curses him for his meanness. Within a few minutes he has a seizure and is paralysed, but eventually recovers.

Alizon Device is hauled before Justice Roger Nowell and confesses to witchcraft. Forced to give an account of her family’s activities she tells how Demdike has been asked to heal a sick cow which then died. She also told Nowell that Demdike had cursed Richard Baldwin after which

his daughter fell sick and died a year later. Describing her family’s feud with the Chattox family she reports how Chattox turned the ale sour at an Inn at Higham and bewitched the landlord’s son to death using a clay image.

Nowell orders Demdike, Chattox and her daughter Anne Redfearn to give evidence. Demdike confesses to evil deeds, claiming that the Devil came to her in the shape of a little boy called Tibb. She had met him in a quarry near Newchurch and he had sucked her blood leaving her ‘stark mad’.

Less than a week after the four Pendle women had been sent for trial at Lancaster Castle, several friends and relatives of the Demdike family visited Malkin Tower to discuss how they may help the stricken family. This gathering was deemed to be a ‘witches coven’ and that all who were present must be witches.

An investigator is sent to Malkin Tower. Human bones are unearthed, stolen from graves in Newchurch, and a clay image is also found.

Demdike’s daughter Elizabeth Device together with her children James and Jennet were sent by Nowell for questioning to Ashlar House, Fence. James confesses to causing the lingering

death of Anne Towneley by slowly crumbling a clay image of her after she accused him of stealing peat for his fire.

Nine year old Jennet names the people who were at the Good Friday gathering including Alice Nutter, a gentlewoman of Roughlee. Nowell sends the supposed witches to join those already at Lancaster Castle.

Demdike dies in prison before the trial.

The Trial opens at Lancaster Castle. The accused are not provided with a defence lawyer. Nowell produces Jennet as a witness and she gives evidence against her own family and other villagers. Her  mother Elizabeth Device is dragged from the court screaming at her daughter and shouting curses at Roger Nowell. The Judge decides to test Jennet’s evidence by holding an identity parade in court at which Jennet goes up and takes Alice Nutter by the hand, identifying her as one of those present at the Good Friday gathering.

Alizon Device faints when confronted with the pedlar she is said to have lamed, but when she is revived confesses her guilt.

Chattox weeps as she hears the evidence against her and asks God for forgiveness. She pleads for mercy to be shown to her daughter Anne Redfearn.

The Judge finds them all guilty.

If you wish to drive through some of the most beautiful countryside in England then follow the Trail of the Lancashire Witches. (Please consider that you are driving and they were walking).

The starting point for the Witches of Pendle Trail is at Pendle Heritage Centre, in Barrowford near Nelson.

At the crossroads carry straight on to Newchurch.

Turn right past Witches Galore, go up the hill.

Keep straight on through Barley Village past the Pendle Inn, the road bends sharp left down to Downham.

Go past the Assheton Arms and follow the road to the left, and keep left.

Turn left to Clitheroe following the A671.

Follow signs for the Castle and Museum and take time to explore this historic market town. Whalley Abbey is just 4 miles from Clitheroe and makes a worthwhile diversion.

Then take the B6478 to Waddington and the Trough of Bowland.

Follow signs to Newton, past the Parker Arms (B6478)

Go through Dunsop Bridge then turn right to the Trough of Bowland and Lancaster.

When in Lancaster City Centre follow brown signs for Castle, Priory and Museums.

Please use these directions in conjunction with a road atlas.

Were they simple people possessed by supernatural powers, or the innocent victims of a period in time obsessed with the pursuit and punishment of Witchcraft?

The Witches of Pendle lived at a turbulent time in England’s history.

It was an era of religious persecution and superstition.